Classical music leaves the concert hall and comes to the club in this exciting new concert series.

Dots+Loops bridges the gap between a traditional concert and an underground club gig, presenting new works in new settings, and creating a new space for classical music. Curator Kieran Welch is attempting to forge a new community of composers, musicians and music-lovers â€“ and he certainly appears to be succeeding. With a broad range of local and international composers, and a focus on cutting-edge, post-genre work, Dots+Loops is emerging as a vibrant new player on the Brisbane music circuit.

The fifth concert in the series was held at Cupo Studios, a recently converted warehouse in Fortitude Valley. Surrounded by hardwood floors, stripped-back lighting, a graffiti wall and, most importantly, a free-flowing bar, we seem a world away from the frenetic city below. Critically, however, weâ€™re not totally removed from it â€“ Dots+Loops thrives in more accessible and down-to-earth spaces. With no stage, performers and audiences members were on a level field â€“ composers and musicians scattered through a crowd that quickly outstripped the number of chairs. It was a fine visual metaphor for what this concert series is attempting to achieve: a real community of artists and patrons. 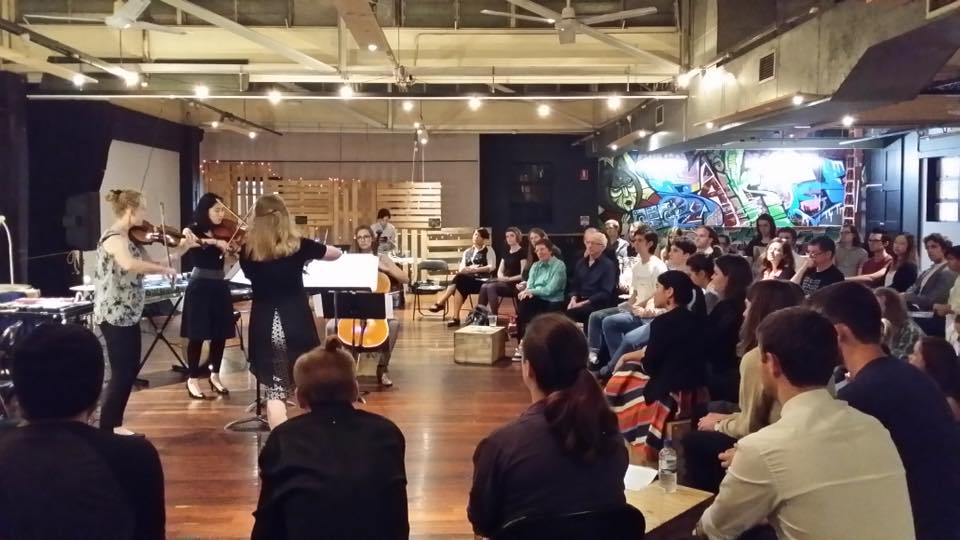 The program was excellent, featuring a broad palette and a good mix of local and international composers (two of the former were in the audience and able to receive their rapturous applause in person). The evening opened with the Armilla Quartet, playing Brisbane-based Maja Puseljicâ€™s String Quartet No. 1, â€˜Melancholiaâ€™. With its full-hearted sorrow and tantalising dips into a minor darkness, this piece was a standout. The Quartet then followed a fairly traditional work with Caroline Shawâ€™s Entrâ€™acte. Inspired by Haydn, Entrâ€™acte moves from a rich and heartfelt opening to a spare pizzicato section and back again with great aplomb.

CitySounds Percussion were next on the docket, with Jason Treutingâ€™s Amid the Noise, a surprisingly delicate piece for a percussion ensemble. Played across a variety of unusual instruments, including two glockenspiels, a miniature piano and several bowls of water, the work was perfect for the space. Finally, the Armas Quartet finished the evening with another local (and award winning) work, Connor Dâ€™Nettoâ€™s String Quartet No. 2, and Missy Mazzoliâ€™s Harp and Alter, a digitally enriched flurry of strings that brought the â€˜loopsâ€™ of the eveningâ€™s name to the fore. 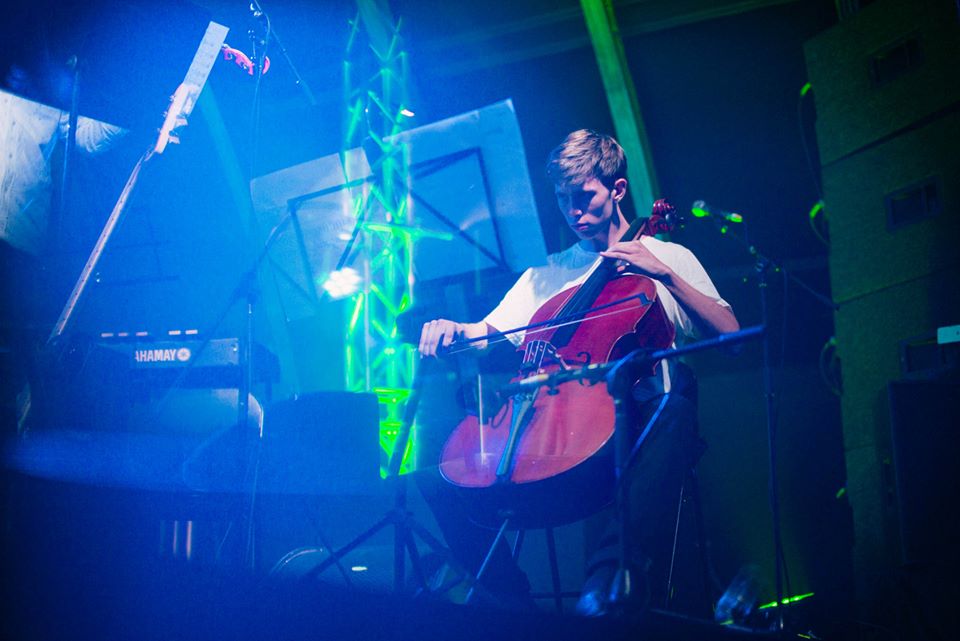 Dots+Loops is a tremendously exciting new venture. While independent theatre in the city is flourishing, similar communities and outlets for classical music have been sorely lacking. This series provides an excellent opportunity for local composers to showcase their work, and for less traditional international pieces to premiÃ¨re for Brisbane audiences. If the series can continue forwards with the nous, talent and dynamism it has thus shown, Dots+Loops will go on to play a vital role in Brisbaneâ€™s cultural scene.

For more information on Dots+Loops, checkout their website here.

In the Heart of the Sea – The Tale of Moby Dick