Therapeutic Writing with Sian Prior

Sheâ€™s worked as a writer, an opera singer, a broadcaster for ABC, a journalist, a university lecturer, and an MC. Following the release of her memoir,Â Shy,Â Sian Prior is out to teach Australia how therapeutic writing can be. In preparation for her upcoming seminar at The School Of Life in Melbourne, The Creative Issue talked toÂ Sian about her experiencesÂ withÂ writing as therapy.

CI: Youâ€™ve had a very successful career thus far. Is there anything new youâ€™d want to try?

Sian Prior: To be honest, I feel less professionally ambitious these days. Iâ€™m more interested in having time to think, reflect, and write, and communicate with people in that way, rather than in more high profile ways. But Iâ€™ve started doing some casual presenting on ABC Classic FM lately, which has been great, as itâ€™s a possible path back into radio.

CI: Talking about your writing, how did you start? Were you always a writer?

SP: My mum actually recently found a story Iâ€™d written when I was still in primary school that she had hung onto. It was an extremely elaborate crime story involving our pet corgi at the time, so clearly Iâ€™ve been wanting to write and tell stories from a very young age. Iâ€™ve been writing short stories for a while, too. 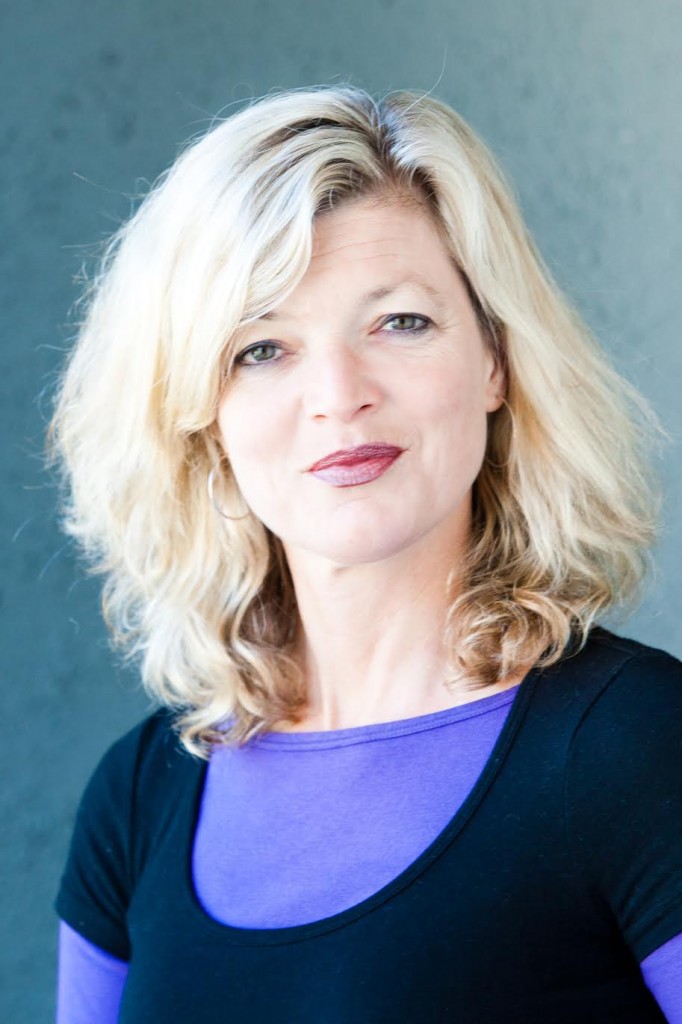 CI: Have any writers in particular inspired you?

SP: Iâ€™ve always been a big Margaret Atwood fan. I also read Joan Didionâ€™s The Year of Magical Thinking, in which Didion grapples with terrible grief after the death of her husband and the illness of her daughter. I just thought she was absolutely ruthless in trying to analyse her feelings as a way of getting on top of them, and particularly in avoiding sounding self-pitying. I think thatâ€™s really important when youâ€™re writing that kind of confessional misery memoir.

CI: I take it Didion inspired Shy in that way? Why did you ultimately decide to write a memoir, out of all the types of literary endeavours?

SP: About ten years ago I started to write a novel that had a very shy main character, and I ended up drawing a lot of material from my own life. To be honest, it was terrible. I eventually abandoned that, and when I came back to the idea of writing about a shy person and decided to write about myself as a shy person, it felt so much more comfortable and authentic. It felt like I didnâ€™t have to work so hard to make it believable.
When I started Shy, I intended it to be a much more informative and a less personal book. I was always going to include some of my own stuff in it, but Iâ€™d interviewed other people. But then I got feedback from early readers that the stuff that was resonating with them was the personal parts, so after that it became a strange tussle between writing a memoir or a self-help book, and what I think I ended up writing was a self-help memoir.

SP: Iâ€™m not really thinking about writing a novel at the moment. I feel like I got so much out of the process of writing Shy. Non-fiction feels like a safe place for me, after working as a journalist for so many years, so I think when I write another book, it will also have to be non-fiction. 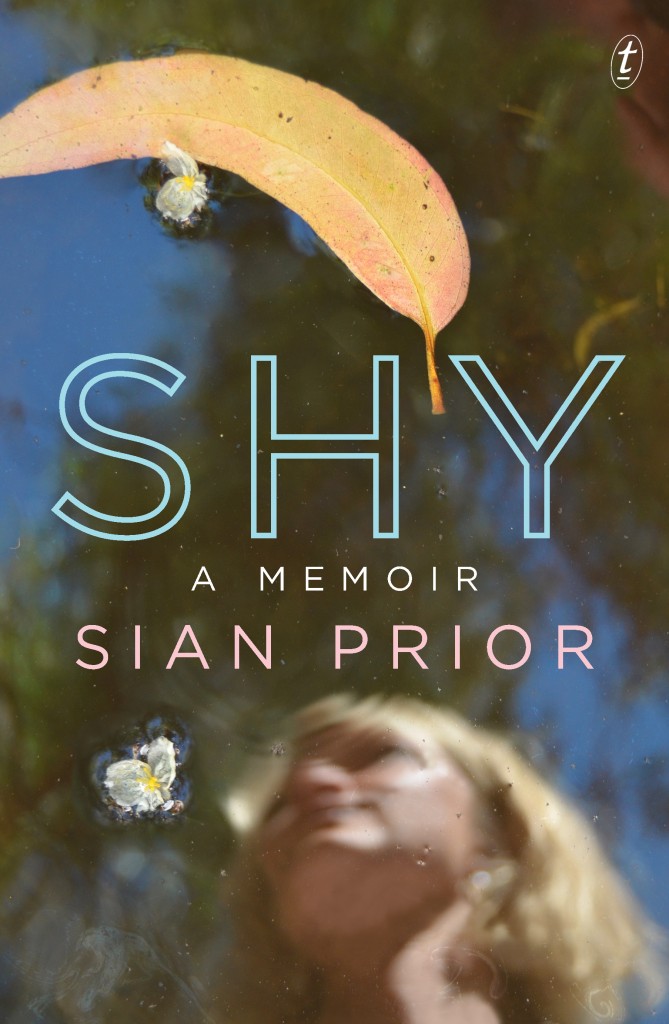 CI: When you started writing Shy, did you intend writing it to work as a sort of therapy?

SP: I didnâ€™t attach that word at the beginning, but some part of my brain thought that if I got enough information about shyness, Iâ€™d be able to cure myself. But the process of writing did become very therapeutic for me. It enabled me to get rid of a lot of emotions that I had attached to shyness, like shame and embarrassment, and thinking it was some kind of weakness.
I now understand that it was something I was born with, and that it comes with a whole lot of positive things that I hadnâ€™t realised before. It was also very cathartic to put it all out there in such an exposing way. I wrote incredibly frankly about all of my own fears, shames, and in particular about the end of my relationship [with Paul Kelly]. I found it very useful as a way of understanding that event. I have dialogues where I try and understand what that was all about through a conversation with myself. Itâ€™s made me much more aware of the therapeutic benefits of that kind of writing.

CI: So it wasnâ€™t an intentional thing?

SP: The School of Life invited me to run this course, but they had wanted to run it anyway. They had read my book and then seen it as an example of therapeutic writing and asked me to lead the course. Itâ€™s been very interesting for me as I prepare, to think about what therapeutic benefits I got myself and how I can communicate it to other people in this kind of session.

CI: It seems like itâ€™s a hard thing to teach.

SP: Yes and no. Iâ€™ve been teaching writing for a long time now, but not this particular focus. But Iâ€™ve taught a lot of nonfiction writers, in particular memoirists. Iâ€™ve observed how therapeutic many of my students have found those processes of digging back through their own lives and relating the experiences to other people, and trying to make sense of their experiences by turning it into a narrative, which is what the seminar will be talking about.
In some ways, itâ€™s a no brainer. Lots of people love writing and we all have some level of need for therapy or stress relief. If I wasnâ€™t teaching it, Iâ€™d be enrolling in the course myself!

CI: What is the course going to entail for the participants?

SP: There are two key ideas I want to talk about in the session. One is a notion that came to me from the book The Situation and The Story by Vivian Gornick. She writes very insightfully about how we use writing as a way of defining the story from a situation we might be in. Thatâ€™s part of the therapeutic approach, I suppose, to say, â€œThis is my situation, but whatâ€™s actually going on?â€
The other thing weâ€™re going to be looking at is psychological theory known as the dialogical self. Itâ€™s about the idea that we spend so much time having this conversation with ourselves about whatâ€™s going on and debating certain decisions, but itâ€™s all happening inside our heads. Itâ€™s something I explored a lot in Shy, writing up conversations Iâ€™d had with myself. I want to talk to people about the value of attending to those conversation that go on inside our heads, and writing them down as a way of achieving clarity with whatâ€™s going on for us.

CI: If youâ€™re not working on a novel, do you have any new projects in the works?

SP: Iâ€™ve got some essays on the go and a few ideas for nonfiction books, but theyâ€™re in similarly dark and self-revealing territory as Shy, so I think I need a little bit of pause from the therapy! With the new ideas, I need to gather my forces and decide how Iâ€™m going to approach this stuff, to make it more therapeutic than painful. Iâ€™m not prepared to talk too much about them until I really figure out how to do that.